Beginning of January I was contacted by the Bitshift meetup organizers, asking if I could come over and do a talk or two. Having two talks more or less prepared I decided that it could be a fun experience and also great practice. I gave a talk on caching (slides), and one on the architecture behind personalization of http://tv.nrk.no, (slides).

Before and during my previous talks I have noticed my heart rate goes somewhat haywire, so I decided it could be fun to track it during a talk. As I got on stage setting up and having a chat with one of the organizers I turned on my garmin and noticed straight away that I was having a small workout, that's a 140bpm. Apparently something happened about 5 minutes in, my pulse peaked out at 165 bmp. Here's the whole story

We had a break about an hour in before we started again, easy to spot.

I have a tendency to talk a bit fast, and also run demos waaay too fast. Heart rate may be a part of it, and I will keep tracking it to see if I can managed to calm down a bit. The first chance seems to be April 26th, when I will give a talk on DocumentDb for NNUG Oslo

Bitshift was a great experience, and it was really fun talking about something I care about and engage me. I was also surprised by the strong turnout, about the same as we see in Oslo.

Thanks for having me. 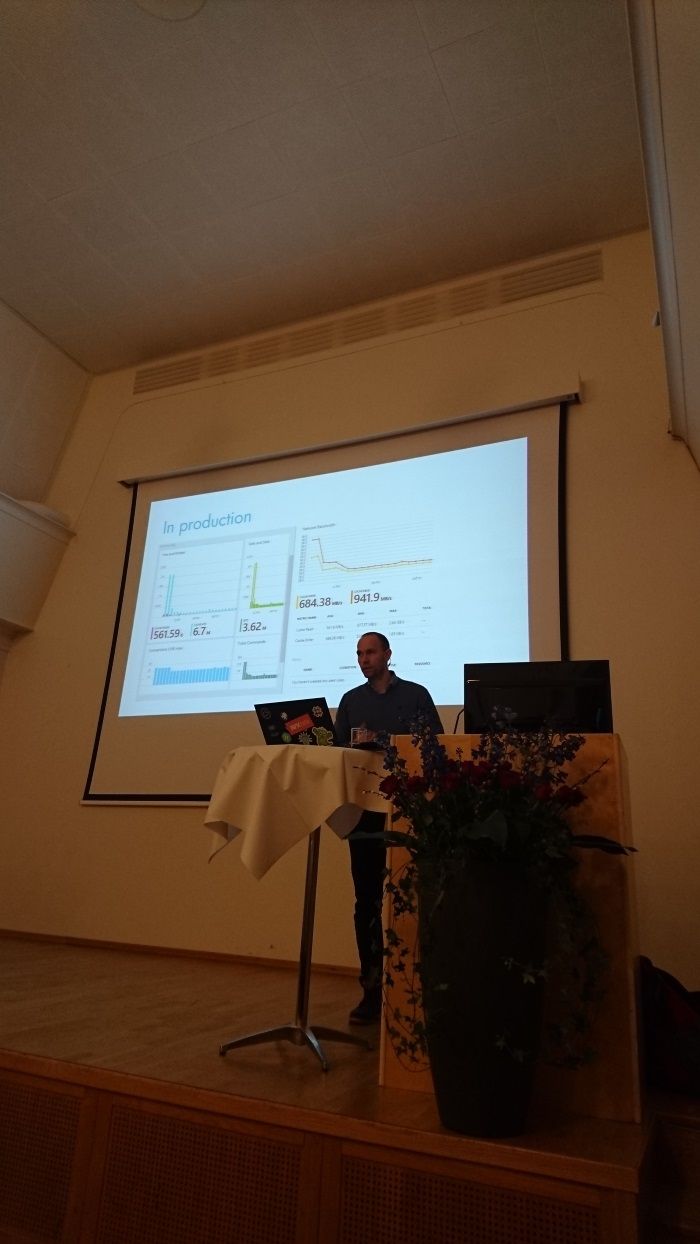 With great power comes great responsibility. The power of Lua scripting with Redis and what you can achieve using data structures beyond a key/value store is amazing. Starting out is quick and easy, and with some VIM tricks you can easily create an

If some of your functionality fails, should it take your website down? Let's say you have a frontpage of a webshop displaying promoted items, a campaign and a list of the most popular items. If you fail fetching the popular items, or have some